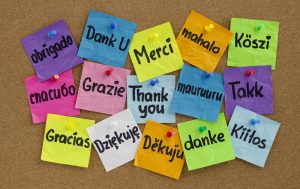 The purpose of translation is to convey the original tone and intent of a message, taking into account cultural and regional differences between the source and target languages and has been used by humans for centuries, beginning after the appearance of written literature.

“Translation” etymologically, means “carrying across” or “bringing across”. It is derived from the Latin word ‘translatio’ which comes from ‘transferre’ (trans, “across” + ferre, “to carry” or “to bring”).

Many times translation is wrongly believed to be an exact science, and mistakenly assume a firmly defined one-to-one correlation exists between the words and phrases in different languages which make translations fixed, much like cryptography.

Although interpreting can be considered a subcategory of translation in regard to the analysis of the processes involved, in practice the skills required for these two activities are quite different.

As the goal of translation is to ensure that the source and the target texts communicate the same message while taking into account the various constraints placed on the translator, a successful translation can be judged by two criteria: